The newly appointed Board of Directors of Ghana Airports Company Limited (GACL) have paid working visits to Kumasi, Tamale, Sunyani, and Wa airports.

The visit afforded members the opportunity to acquaint themselves with developments at the regional airports and inspect ongoing projects.

The Board visited Tamale Airport to inspect ongoing expansion works, expected to be completed by the end of August 2022. The progress of work to date is about 95%.

The team, accompanied by some Senior Management members of GACL, held meetings with the Contractors, Quiroz Galvao (QG) Construction UK Limited, before touring the project site.

The Tamale Airport expansion works include the construction of a modern Terminal Building and other necessary Ancillary Facilities.

The scope of work comprises an Expandable Modular Airport Terminal Building designed for an Annual Passenger Throughput of 400,000 capacity.

The expected features of the terminal building after completion include a VIP lounge; two Boarding Gates; four self-service check-in Kiosks; eight check-in desks; airline offices; commercial retail areas; a Multi-Purpose Terminal to include Hajj travel facilitation and a 5km Road Network among others. 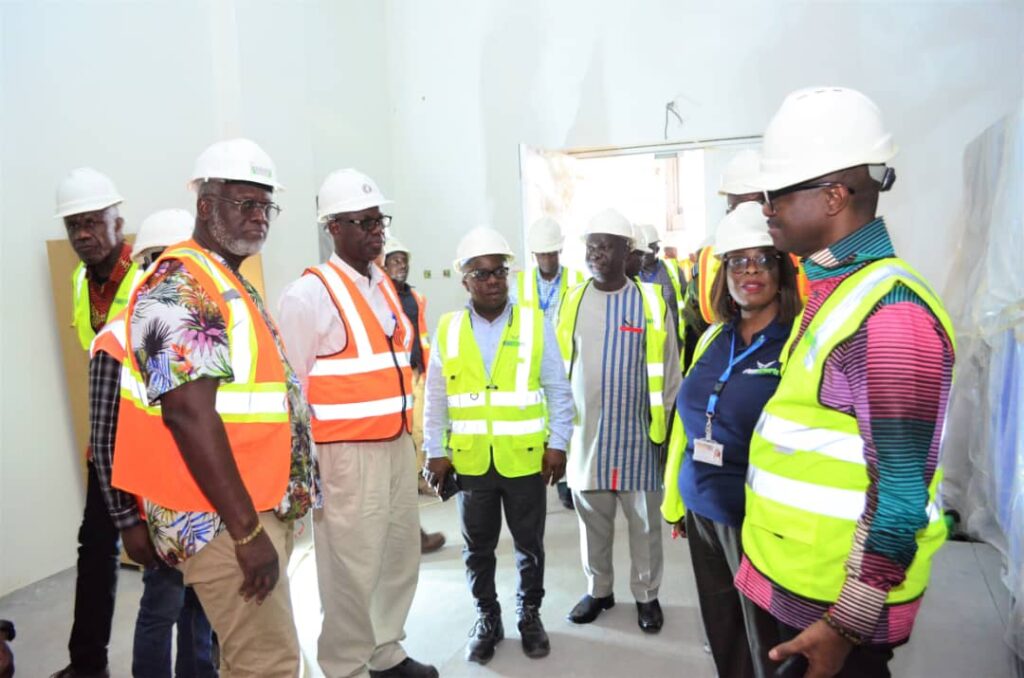 At the Wa Airport, the Board inspected the Arrival and Departure halls, the Control Tower, Staff bungalows and the proposed site for the construction of a new Terminal Building.

The Wa Airport has a runway length of 2000 meters and a width of 45 metres, thus enhancing its capacity to host medium-sized aircraft. It also has a Terminal Building and other Ancillary facilities. The operationalisation of the Wa Airport has made it easier to travel to the region. 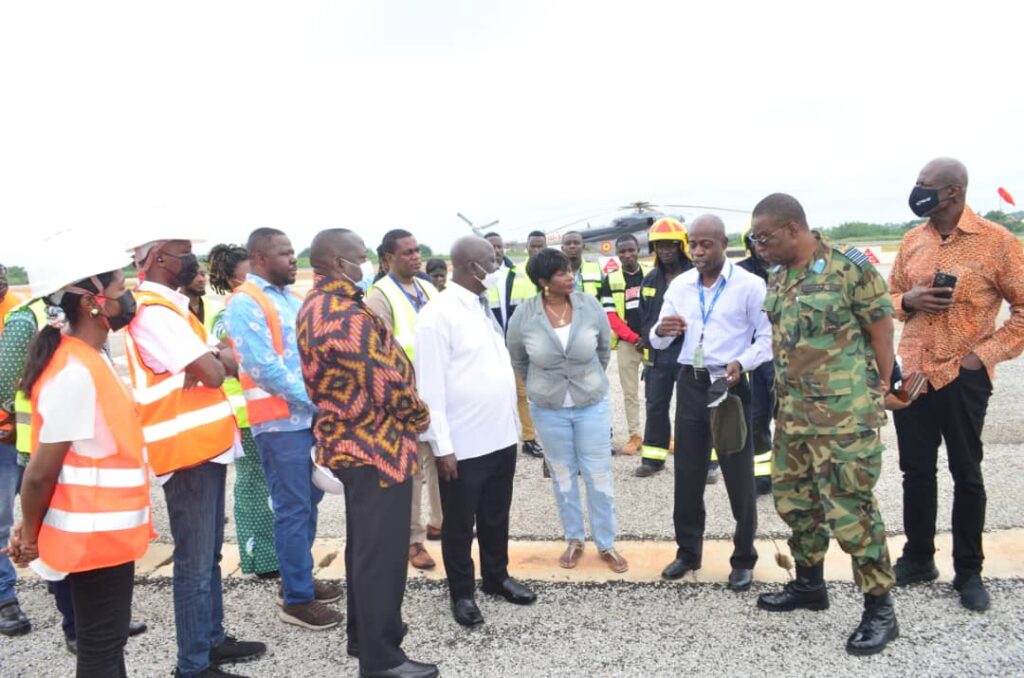 During the visit, the Board inspected work on the apron, taxi link, runway extension, construction of internal roads and renovation of the terminal building.

The scope of work includes the extension of the runway from 1,280 meters to 1,400 meters, construction of an apron to accommodate one medium-size aircraft, construction of internal roads and renovation of the terminal building. The progress of work to date is about 97%. 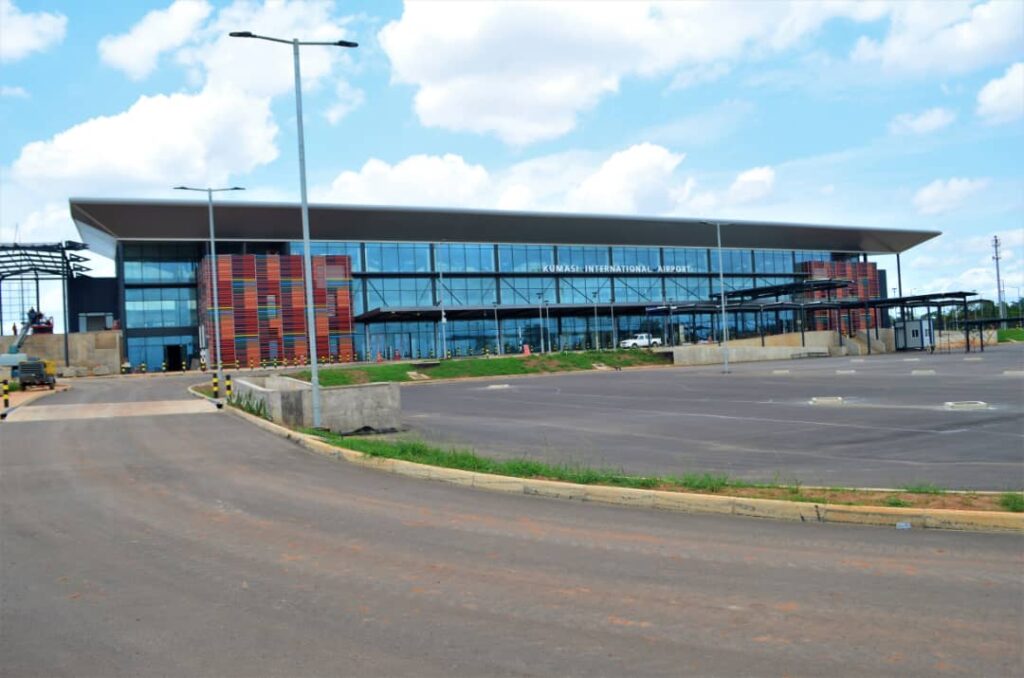 At the Kumasi Airport, the Board was guided by the Contractor, Messrs Contracta Construction UK Ltd. to inspect Phase II and Phase III of the ongoing Kumasi Airport expansion project. The project to date is about 93%.

The Phase II of the project, which began in 2018, includes the construction of a new terminal building to handle one million passengers per annum, two boarding bridges, a road network, a perimeter fence, a substation and a parking lot among others. The cost of Phase II of expansion works on the second busiest airport in Ghana is estimated at £66,350,000.

Phase III of the Kumasi Airport expansion project involves the extension of the existing runway pavement from 1,981 meters to 2,320 meters, construction of a new taxi link and two apron parking stands, an Air Traffic Control Building,  and a Fire Station among others. The cost for this phase is estimated at £58,900,000. 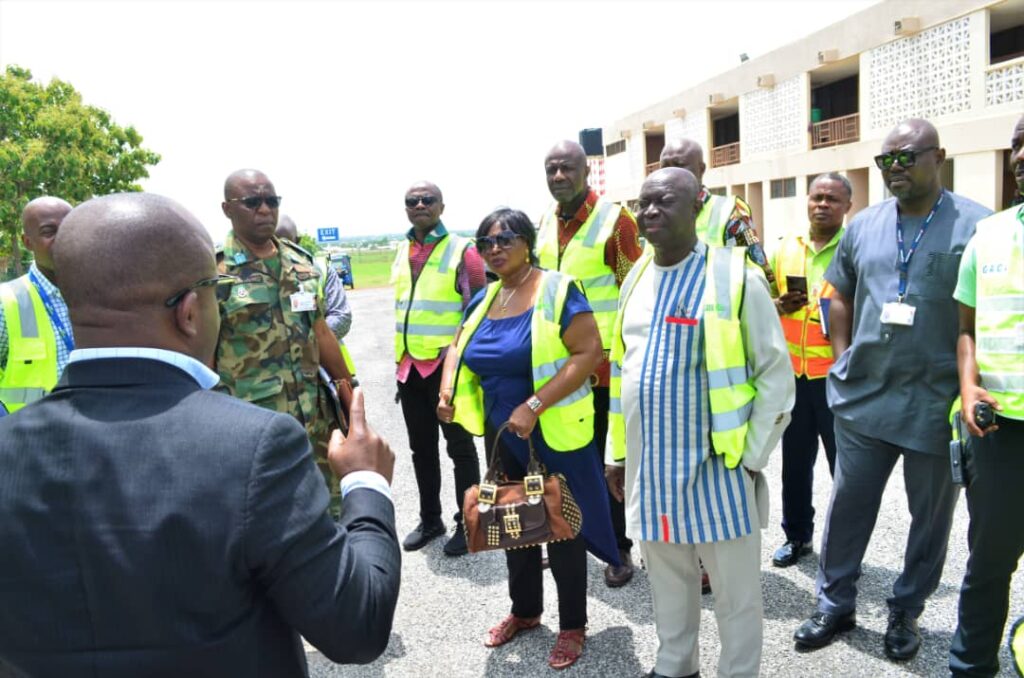 Esther Cobbah Is GOWA @ 5 Woman of the year